<< Back to Anger Management articles


Assertiveness is an admirable quality; it allows people to state their opinions confidently, perform well in leadership roles, and freely pursue opportunities without hesitation or self-doubt.

I have personally witnessed just how beneficial assertiveness can be, because my friend Thomas possesses this trait in abundance. 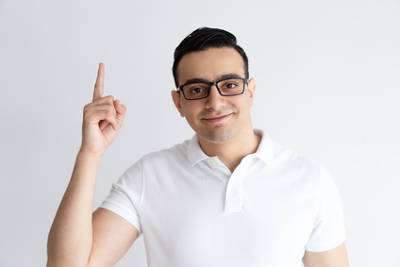 He pursues all his goals with enviable self-confidence, and never appears rattled or fazed by anything.

He is a role model; a person people want to emulate and learn from. I have personally never seen him lose his temper or become frustrated in a stressful situation. NOT ONCE!

He seems to soar ahead of others in many situations because he doesn't let anger or frustration stall him.

But does that mean he never experiences these emotions?

Anger is one of the most basic of human emotions. It is rooted in our survival instinct and is a response to threatening situations. Everyone experiences it during their lifetime, and in response to things that occur in a range of settings. Assertive individuals like my friend Thomas do experience anger, but they have a very different way of dealing with it.

How Do Assertive People Handle Anger?

Most assertive individuals understand how to distinguish between appropriate and inappropriate anger, which ensures they react reasonably. But they do react and express their anger in a controlled, beneficial manner. Here's a look at how most assertive people respond to difficult, frustrating situations:

This emotion most people feel can be justified and a natural response to some form of negative situation. Righteous fury can be triggered by unfair treatment, abuse, insults, or physical threat. A person's first instinct in such situations is to react violently, shout, or try to retaliate. An assertive person will let people know they are angry without resorting to aggressiveness.

They remove themselves from such situations and request a conflict resolution meeting once everyone involved in the situation has calmed down (not only at work, you can have family meetings too!).

They don't ignore their emotional response or the situation that causes it, which means the anger is channeled productively. Resolving situations calmly, despite personal anger, is one of the most important characteristics of a leader. That's why assertive people are often found in leadership roles.

Everyone experiences irrational anger that has no reasonable root cause. It can happen when you're having a bad da,y or faced with a situation that irritates you, but isn't threatening. For example, if you don't like noise and are surrounded by loud, chattering friends, you might experience anger. This is inappropriate and responding aggressively to such a situation shows lack of reasoning and control.

Assertive individuals understand their anger in such situations is unreasonable, so they take a step away or focus on something else. An aggressive person might ask their friends to shut up or stop being loud. An assertive person will explain the noise is getting to them and excuse themselves without offending anyone.

People like Thomas have cultivated the ability to react reasonably, and look beyond the first rush of fury. This skill, much like assertiveness, doesn't come naturally. You need to learn, understand, and practice until calmer reactions come easily to you.

How Does the Reaction Compare to Non-Assertive People?

Different people react differently to this emotion, but responses can be broadly classified into three types; rational, aggressive, and passive. Assertive individuals are rational in most of their responses while others swing towards one the other two options. Here's a look at what this means:

Anger can trigger the fight or flight response; so people prone to responding aggressively will experience the need to fight. If their anger is directed outward, especially towards a person or group of persons, they will resort to verbal abuse or physical intimidation. If their anger is directed inward, they are more likely to curse, hit things, throw objects, or even take their frustrations out on a loved one.

Passive anger is much less evident and not so easy to recognize. Even people experiencing can sometimes not realize they're angry, which can lead to uncomfortable situations. Passive response or non-assertive response usually involves sarcasm, apathy or indifference, and spitefulness. Such individuals are also known for self-destructive behaviors, like not attending social events, skipping school or work, alienating friends or loved ones, etc. Passive response includes avoidance, so you avoid the root cause of your anger.

In such situations, people don't assert themselves, and take steps to resolve the issue, which can be more detrimental than an aggressive response. Both of these responses can take their toll on personal and professional life, so it is important to avoid them as much as you can. Even assertive people react poorly sometimes, but they keep trying.

Bypassing your natural instinct to respond productively requires some effort and strategy. Assertive people have different ways to master their anger, but some of the most common techniques used include: 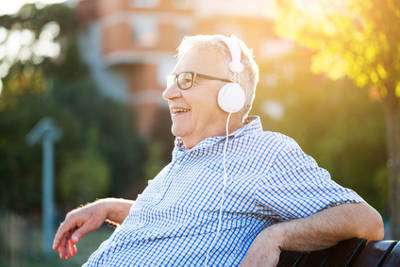 Assertive people don't suppress anger or any other emotion. They just develop coping mechanisms, so they have an outlet that doesn't harm anyone. It allows them to act calmly and considerately in triggering situations. They don't take things personally, and don't allow other people to sway their emotions.

This level of confidence requires some time and effort. If you struggle with anger management issues, assertiveness will give you the self-control needed to handle it productively.

Thomas, and other assertive individuals like him, have benefited from assertiveness in all aspects of their life. His control over anger hasn't just improved his career, but has also had a positive impact on his health.

Assertive people get more of what they want out of life. And not behaving poorly as they lose their temper is one way that they maintain a really good image in front of other people is just one of the ways that ensures that this happens. Shouldn't you want to be assertive?

You can change your cookie settings in your browser. Otherwise, we’ll assume you’re OK to continue.


I'm fine with this